When the time came to create a logo for FABWOMEN, I had no idea where to begin! After talking to several designers and spending countless hours on the web, I felt frustrated and at a loss. So I decided to tackle this project on my own. How hard could it be, right? My initial vision was a world with the words “FAB Women” sitting on top of it. I wanted it to represent the fact that there are “FAB Women” all over the world. Personally, I thought this was quite a clever idea. 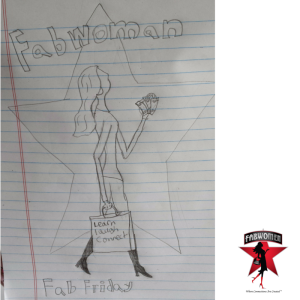 Proud of my accomplishment, I eagerly shared my idea with my 13 year old daughter. What I expected to hear was, “WOW mom! That is awesome!” However, what I got instead was, “Mom, really? This is what FAB Women looks like to you?” Well, with my feelings hurt I let her know that she was welcome to come up with something better, and so she DID!!!

In about 10 minutes she felt inspired, started drawing, asked me a few questions and the FAB logo was created. When I saw it, I was in AWE! How in the world did she do that? How did she capture the essence of FABWOMEN? If that was not all, she then proceeded to tell me why she drew what she drew.

The silhouette of the woman was not colored, because ALL women are FAB regardless of their color. Her head is slightly tilted up, to show that is she confident, that she is proud of who she is, that she felt good about herself.  The silhouette is also in motion, because she is going places moving forward with a purpose.

The Star in the background has a very special meaning; it represents all of the barriers she wants to break through and shine. And, the red boots she is wearing? Well, because every FAB woman should have a pair of red shoes.

It’s funny how the vision of FABWOMEN was born and captured through the eyes of a 13 year old girl. 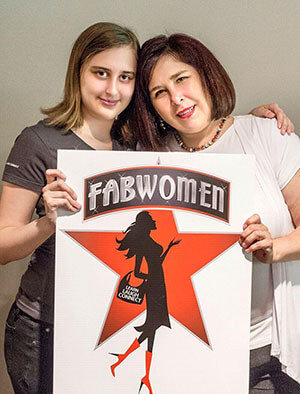 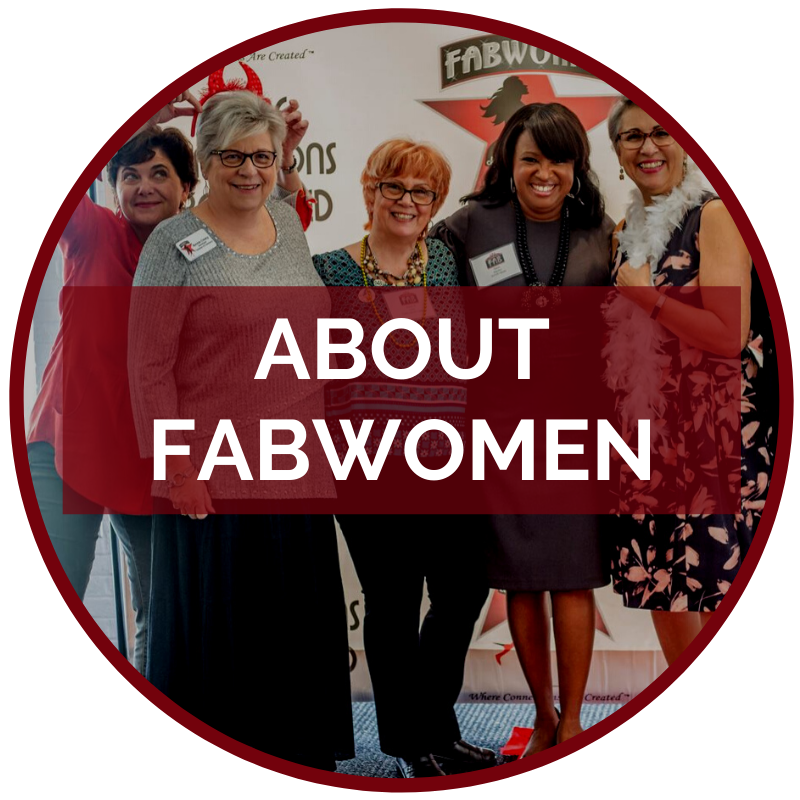 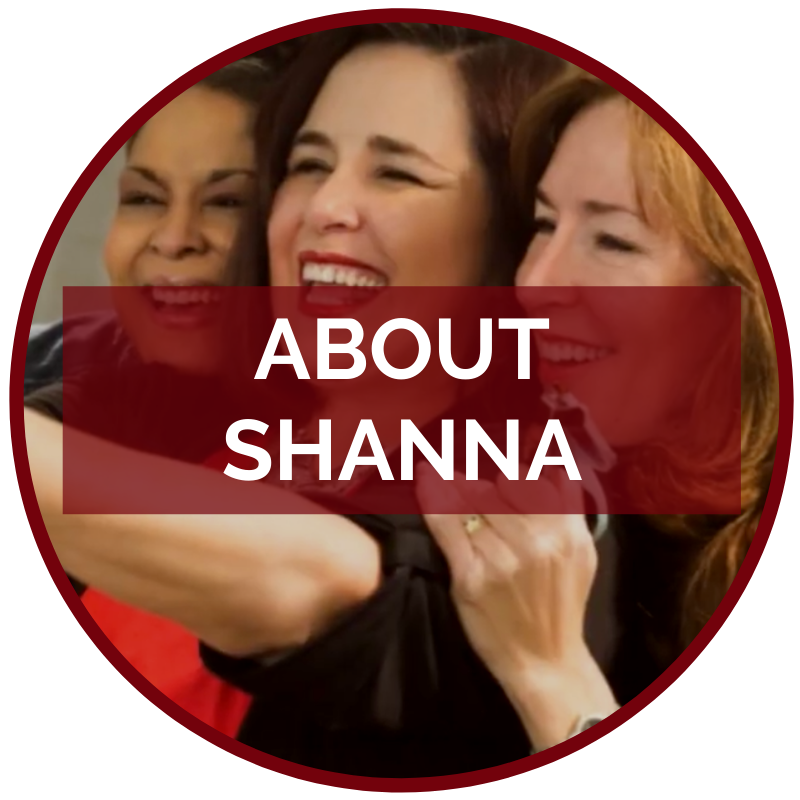 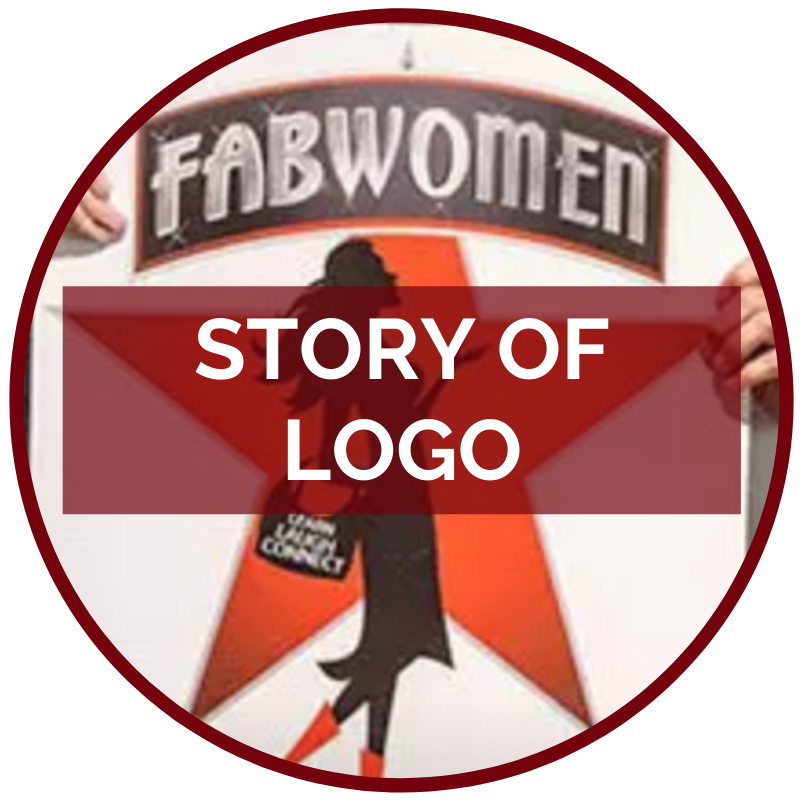 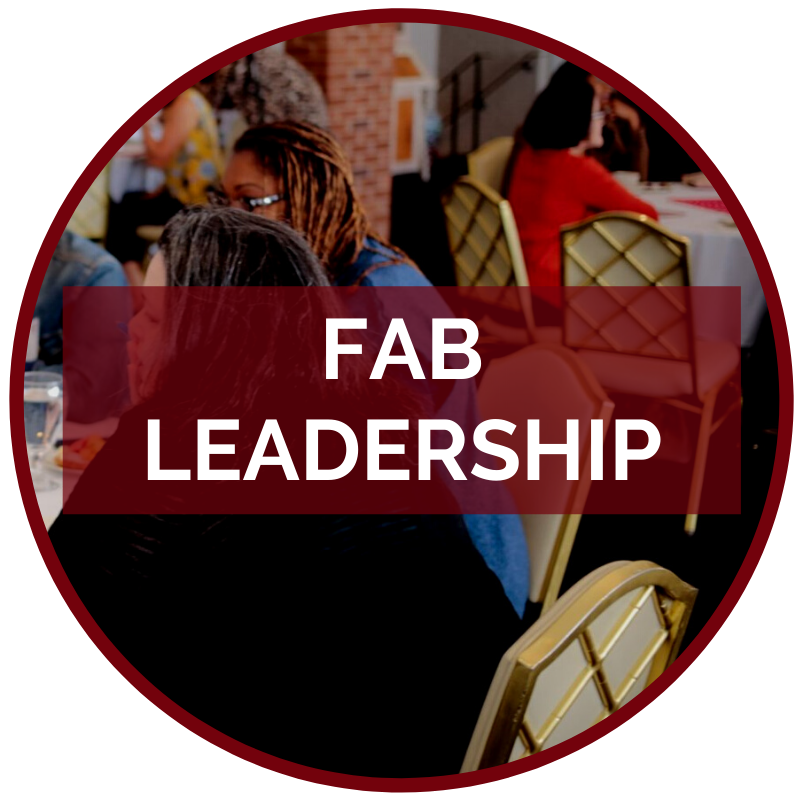 A top producer in her field, Shanna was the rare Latina in the Million Dollar Round Table (M.D.R.T.), Women Leaders’ Symposium, and many other leadership conferences, who continuously broke records in sales and customer engagement. Shanna specializes in working with organizations and teams in the insurance, banking, and financial services industries. Her presentations are focused on creating authentic connections with prospects, building relationship-based teams, and embracing cross-cultural diversity.

She has been featured in CBS6 Virginia This Morning, A.B.C. 8 News (W.R.I.C.), Sonabank POWER Plug Podcasts, Take the Lead podcast, and many others. Shanna is the Founder of FABWOMEN, a diverse organization for women that focuses on connecting women from all over the world to grow both personally and professionally. Shanna is an international speaker and published author and recently released her book “Master the Art of Connecting- 30 tips to Authentic Conversations”.

Pegine is the only Latina and one of only eight women inducted into the 60-member Motivational Speakers Hall of Fame, and others include Anthony Robbins and Jack Canfield. Founder of Power Women Worldwide for leaders, speakers, and authorities. Power Women Worldwide has several initiatives: Power Women of Color, Power Women PROS (professional speakers, experts, and authorities), and Power Women Leaders. Her company was named the #3 Fastest-Growing Privately Own Companies in North Florida. Honored at the Women’s Business Enterprise National Council (W.B.E.N.C.) Conference by Macy’s and Minority Business Enterprise Magazine, where Pegine was named one of three Women Who ROCK IN BUSINESS. Her company received the Department of Defense’s C.P.A.R.s (Contractor Performance Assessment Reports) rating of EXCELLENT for quality, service, and mission success for contracts over a million dollars (extremely rare). Society for Human Resource Management (S.H.R.M.), the world’s largest H.R. professional society, called Pegine one of 100 Global Thought Leaders on Diversity and Inclusion. Pegine is an expert in women in leadership and business. Clients include ten percent of the Fortune 100 global corporations, twelve percent of Direct Selling News Global Top 50 Companies, and all branches of the U.S. military.

Oh, and she is a former Bronx gang member.

As a Self-Integrity Guide, Erin Leigh inspires others to manifest their magic intentionally. Through writing, speaking, coaching, and consulting, Erin encourages and guides her clients to live in “self-integrity,” a state of conscious alignment with values and goals. Her results-oriented presentations and programs offer groups, teams, and individuals’ clear direction and an action-fueled approach to conquering chaos, overcoming overwhelm, and manifesting magic.

When she’s not strategizing with clients and speaking virtually for groups around the world, you’re likely to find Erin reading Harry Potter, swinging on monkey bars, and spending as much time as possible exploring the great outdoors.

Now, more than ever, those who are serious about their business need to take bold action, but you don’t need to do it alone. That’s why Mary Foley created the REV UP Society, a community of support for women entrepreneurs who want to create a positive impact – on their bank account, and on others! Together, we replace confusion with clarity, shift anxiousness into confidence, and transform your inconsistent action into a consistent habit of hustling with heart.

Mary’s own hustle started with a 10-year corporate career with AOL – when AOL was cool. But, after experiencing the glass ceiling, she left to find her next adventure. While earning a Master’s degree in Organization Development, she was inspired to write her first book Bodacious! Career, which launched her into the world of being an entrepreneur. As the author of three books, an energizing keynote speaker, and radio show host, Mary inspired thousands of women to be bodacious in life and work. In a surprising turn of events, she even appeared on the cover of Kiplinger’s Personal Finance magazine and was spoofed on the E! Entertaining T.V. show The Soup!

Today, her REV UP Society inspires women to generate the revenue they want in a business they love. When she’s not wearing her REV UP red cape, she is usually facilitating a workshop, hosting the P.O.W.E.R. Plug Podcast by Sonabank, or sipping on a glass of her latest, favorite wine. For more, go to www.maryfoley.com

Jennifer C. Foxworthy was born and raised in York, Pennsylvania. Once she graduated high school from William Penn Senior High in 1991, she embarked on a journey that would lead her into an illustrious career serving in the United States Navy. Jennifer served her country proudly for 21 years (September 23, 1991, to April 30, 2013), retiring as a Chief Petty Officer (E-7).

Jennifer is pursuing her second career as the Founder and C.E.O. of Inspirationally Speaking, L.L.C., and the Founder and C.E.O. of Unstoppable You Ministries, Inc. Jennifer continues to be of service to others through her purpose and passion as an award-winning motivational speaker, international published author of “Tomorrow My Sunshine Will Come: Memoirs of Women Who Survived Domestic Violence,” television show host of Living Unshackled ON Purpose, host of Unstoppable You Conference, corporate trainer, as well as a prolific blogger of “G.U.M.B.O.”

Barbara Holmes Smith is an international corporate programs trainer and personal success coach.  Recognized as a strong leader, her insight and laughter set the stage to encourage and enlighten audiences.  Using her passion; teaching, she has a full arsenal of courses including: self-improvement, leadership, management, and cyber-security.  With more 25 years of experience in technology, Barbara has navigated the difficult challenges of organizational change with vision.  She is described as a “geek with a personality”, as she helps others absorb information, expanding the minds and the lives of her audiences.

Barbara is an entrepreneur and the founder of BHS Training & Consulting, LLC.  She is an actor, speaker, mentor and author but still balances her life enough to shower love on her husband, children and grand babies!

Jennifer Einolf is a Clarity Coach, entrepreneur and speaker who helps her clients earn their clarity in order to overcome obstacles with panache, to communicate with power and to build their boldest possible life.  As a woman on the cusp of two generations, she has always been fascinated by the interplay of perceived generational differences.   As a member of a three-generation household, she is grateful for the conversation skills which allow for rich, meaningful interactions, facilitate shared wisdom, nurture connection and leverage the power of difference.  Jennifer facilitates in Start Up boot camps, offers classes and webinars, delivers premium coaching to clients, enjoys networking and makes the best Brussels sprouts in Richmond.